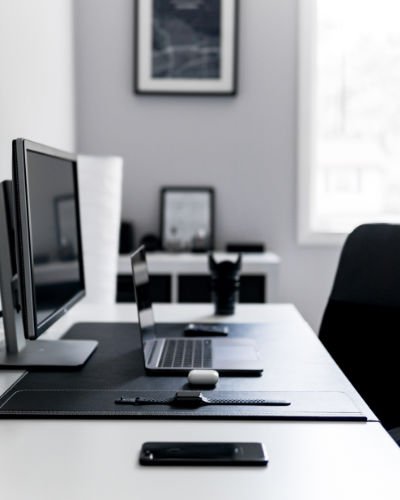 Photo by Kevin Bhagat on Unsplash

Internet of things (IOT) has arrived as a truly era-defining technology that gave us the ease and flexibility of living and working in a connected reality. Today almost all the gadgets around us are smarter and can easily be controlled through connected mobile apps. From home gadgets to info systems in cars to devices used in workplaces, the connected reality is shaping the world we live in.

But just as every rosy picture has a dark spot, all the ease of use and value offered by the Internet of Things (IoT) is equaled by a similar amount of security challenges and vulnerabilities faced by the IOT app developers. As per various reports published on the web, a vast majority of devices are vulnerable to security threats.

Obviously, the solution is to detect the actual security threats with these devices. This is precisely the reason why we are going to explain here five biggest security challenges for IOT.

Authorization and user authentication are closely related and make one of the most vulnerable areas of security threats. Weak passwords or default passwords often make devices subject to security breaches. To address this threat, there are some time-tested solutions. Let us have a look at them.

2. Not testing and updating the devices on a regular basis

The massive volume of IoT gadgets which is increasing exponentially every day making it further harder for developers to develop and update them on a regular basis. Lack of testing and updating is one of the most significant security vulnerabilities for most IOT gadgets.

When unrolling a new device, most manufacturers are not serious to make the device pass through rigorous security tests. Moreover, they often have not updated those devices with upgraded operating systems or security updates. Naturally, many devices continue to work with security vulnerabilities.

To address such security flaws emanating out of lack of tests and updates, here are some time-tested solutions.

To prevent such attacks, it is important to understand how they attack and contribute to the security vulnerability. Older ransomware can lock a device function fully or partially and simultaneously it can steal the user’s data. Now coupled up with software malware such attacks can be multifarious and challenging to tackle. With the increasing number of connected IoT devices, such attacks are getting complex and increasing in number.

In any IOT network involving various types of sensors encrypting user data is often a continuous process to strengthen data security. But this also makes it slightly complicated and troublesome when the user needs to utilize data in real time. On the other hand, this lack of real-time encryption capability also makes data vulnerable to attacks from side channels. Through reverse engineering of the algorithm, loopholes can be found, and data encryption can be breached.

This limitation with encryption can only be addressed by using multiple security layers that can make the act of security attacks tougher. Devices can be attached to several different networks, and different firewalls can be used to prevent attacks.

Most of the smart gadgets primarily work by collecting the individual user information and utilizing them to serve users more contextually. By gathering user data, the devices serve customers better through more context-aware decisions and improved experiences.

But at the same time, this collected volume of user data is also exposed to a lot of data breaches and corresponding concerns about privacy. This is why it is important to make a stronger data algorithm to prevent data breaches and prevent unauthorized data access. As data breaches and security threats mostly work because of multiple facets of data access comprising cloud, web and mobile platforms, a coherent as well as multi-layered security protocols ruling multiple interfaces are essential.

Finally, data security is very important to establish trustworthiness and brand authority. The data breaches, unsolicited data access and performance issues are all closely intertwined to pose a threat. Only a strong security protocol addressing emerging security challenges, vulnerabilities, and privacy issues can deliver a solution for the advanced connected reality of the Internet of Things.

More on this topic: IoT And The Inevitable Future

Juned Ahmed
Author Bio: Juned Ahmed works as an IT consultant at IndianAppDevelopers, a leading Mobile app development company which offers to hire app developers in India for mobile solutions.