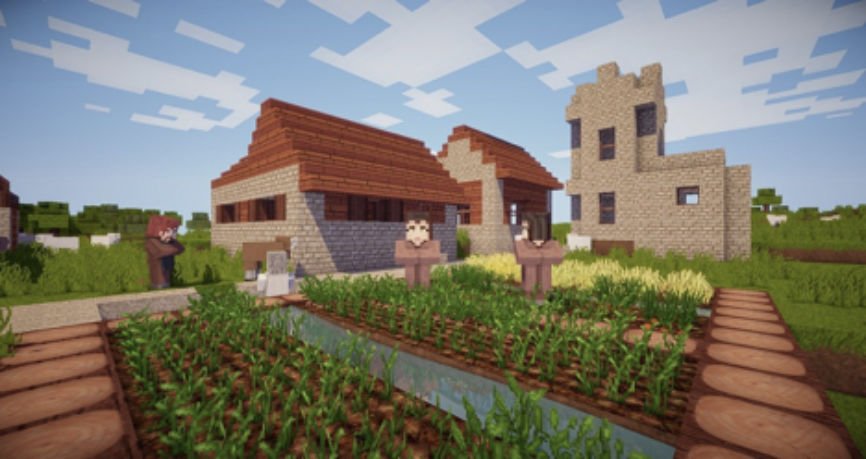 Minecraft is an age-appropriate and user-friendly game that combines the concepts of creativity, survival, and adventure. It is one of the coding for kids programs that enables your kids to promote your creative freedom under less instruction and boosts your imagination in building your desired world. You can easily choose the best preferred server from minecraft server list and enjoy a fast and smooth experience.

Minecraft is more than its pride in claiming creativity. Beyond the notion of creative freedom, parents have seen the game as a teaching tool for coding. Most American researchers and educators suggest that Minecraft enhances the life skills of a kid in the promotion of problem-solving, self-direction, and collaboration towards others, in a less-tangible, non-academic benefit.

Minecraft has become educational. As a parent, your goal is to make sure that the screen time of your kid is still regulated and supported by learning pursuits. That’s why Minecraft offers 5 of the Greatest Minecraft Mods to elevate your kid’s experience in playing the game.

What is a Minecraft Mod?

Minecraft Mods, better known as “modifications,” are creating alternative designs for your desired world. As being said, Minecraft enables your creativity, whether you desire to make your things teleport or fly into another room.

Updating the lighting, changing colors, and introducing elements are some of the key features on Minecraft.Buzz.

In Minecraft Mods, you can create your own rules and code some vast structures than building one block at a time.

What are the three general types of Minecraft Mods?

From a technical perspective, there are three general types of Minecraft Mods, including Client-based (Client-side) Mods, Server-based Mods, and Mod Packs.

Client-based or Client-side Mods only affect the external performance of the client’s end. For instance, it modifies the graphics, sounds, animation, user interface, etc. This type of mode involves modification of the Minecraft .jar file. Meaning, it doesn’t affect the entire Minecraft server software.

Server-based mods enable players to play multiplayer games online with another. Here, they can alter the entire Minecraft server software. This kind of mode adds or moves recipes, change mode recipes, and alters furnace recipes. Commonly, this mode allows the direct administration of servers by setting up special administrative privileges for commands, including banning of players.

Mod Packs are a collection of mods, configuration files, and textures. It contains all the blocked and item ID conflicts that have been resolved and duplicated. Today, there are hundreds of available mod packs.

If you prefer a smooth and bug-free-running video game, then OptiFine is for you. This Minecraft interface mod enables Minecraft to run more smoothly and requires fewer resources.

OptiFine runs resource (texture) packs in a high definition without installing more other mods. In other words, it enhances HD textures, offers numerous options for a better look, and improves the appearance of shaders with a better frame per second (FPS) in your Minecraft.

Also, OptiFine advances configuration options available through the video setting menu in optimizing your performance. Whether you are online or offline, in single-player mode, or with other players, OptiFine promises a high-grade FPS for all Minecraft users.

Connect your ideas through linking bridges and discover great paths by Rope Bridge Mod – one of the Minecraft Automation Mods that enables players to create the best and ultimate bridges in Minecraft.

Rope Bridge Mod is not only limited to build bridges but also, features numerous configurations, including Bridge Building Gun and Ladder Building Gun with three separate craftable parts, a simple point-and-shoot system, detection for blocks that are in the way, etc.

Accordingly, Minecraft enthusiasts suggest that Rope Bridge Mod is perfect to use early in the game. Plus, the aesthetic pleasingness of the bridge attracts your co-players and a great way to avoid enemies below you.

When building exquisite and marvelous structures, be sure to have Carpenter’s Block as your Minecraft mod. This is one of the highly recommended Minecraft Creative mods that draws inspiration from many sources, including Dawn of the Modern World and SuperSlopes.

Further, Carpenter’s Block features sand, dirt, and planks. It mimics whichever block you cover with them but in a new shape. Also, it can inherit the appearance and properties of any other blocks, including blast resistance, transparency, flammability, etc.

Draconic Evolution Mod completes your desired Minecraft world through equipping high-powered and efficient weapons, tools, armor, machinery, storage units, and research. This Minecraft expansive mod adds the chaos guardian, which is a much harder version of the ender dragon.

LotsOMods is one of the best Minecraft Exploration Mods that enables you to create a life by introducing nature and animals into your world. This mod adds over 45 tons of new mobs that come with matching items, blocks, biomes, dimensions, weapons, and tools. When LotsOMobs speaks of animals, it includes fish, lions, birds, mammoths, snakes, and even dinosaurs.

What is exciting on LotsOMobs is the overarching experience in going back to the prehistoric dimensions, for instance, the dimension on Dinosaur and Ice Age periods. Also, the blocks that it features have included Ice Stone, Savanna Weed, and Easter Egg.

If you want to welcome and see the epicness of your gaming experience, LotsOMobs is a must-try!

In this period of technology, Minecraft reminds you that your world is yours for the making. As Minecraft becomes part and parcel of a modern child’s lifestyle, you make sure that his gaming experience is still supported by learning pursuits.

Minecraft Mod integrates your gaming experience by alternating designs for your desired world. While Minecraft offers an avenue to learn like Roblox Studio, it also paves the way to become artistic and creative through these five of the greatest Minecraft modes found online, including:

Thankfully, Minecraft has been shaping a child’s character development and his interest in coding programs!