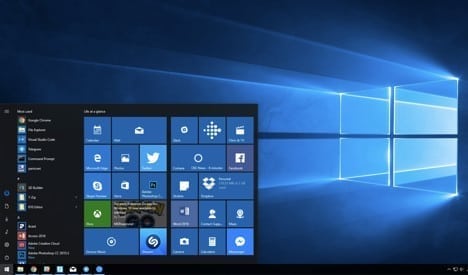 Microsoft’s Redmond tech experts are dedicated to keeping Microsoft Windows 10 up to date. The release of updated features has taken place in the New Year, and the Redstone 5 build update is expected in the coming months. Each update brings with it features based on the latest modernized technology. A state-of-art Windows is the main goal of the team. After four major update releases in the past year and more coming soon, they are determined to achieve their goals.

According to the latest news, instead of building a completely new OS, Microsoft Windows 10 focuses on updating the features of the present Windows. The fascinating features are what make Microsoft Windows 10 suitable for different businesses, and advertising agencies in Dubai and all over the world.

The main fascinating facts about the latest features in Microsoft Windows 10 and how it enhances productivity are as follows:

By saying modernized tech features, we are referring to the latest updates added to Microsoft Windows 10. The branding agency Dubai witnesses the use of Windows on their PCs and confirm the high functionality and increased productivity that it offers. The fascinating fact that the modern features are highly useful and are indispensable. We claim this by covering the importance of the following points:

Regarding the ultimate performance mode, Microsoft says, “Demanding workloads on workstations always desire more performance. As part of our effort to provide the absolute maximum performance we’re introducing a new power policy called Ultimate Performance.” And also, “Over time, we’ve amassed a collection of settings which allow the OS to quickly tune the behavior based on user preference, policy, underlying hardware or workload.”

This suggests that improving the performance experience is true. Another fact is the customizable feature of the ultimate performance mode. To customize the settings, you can visit the Control Panel and navigate to Power options. It would be present below the Hardware and Sound.

Virtual reality was introduced to the OS platform in their latest Windows 10 fall creators update. Since then it has changed the style of work in the business offices. The VR apps like Outlier Technologies’ 360-degree mobile ad formats help businesses in making a breakthrough. It is easy to use Windows Mixed Reality! All it requires is a separate headset from manufacturers like Acer, HP, Dell, Samsung or Lenovo. Next, you just have to launch the mixed reality portal app and it will start running. It allows you to control the virtual version of the desktop as well offering an amazing user experience via the latest technology.

The introduction of Cortana was seen in the year 2014 for Windows phone but it didn’t do well over the years. The Windows 10 updated version brings Cortana into the limelight once again with further improvements.

The Cortana’s group program manager Marcus Ash praised Cortana by saying, “When we think about the future of Windows we think about humanizing computing. This idea that we can build a natural interface … a personal assistant that knows your pattern, behavior, and what you want- to bring things without you asking felt like a good customer-centered message.”

The improvements made for Windows 10 include: 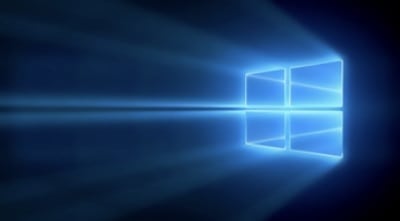 There is no doubt that Microsoft has labored to provide a comprehensive defender security guard for Windows 10. The latest update offers protection against all kinds of threats, crashes and possible things that could go wrong. The new Windows defender security system includes device guard, credential guard, and the defender firewall. As every other organization faces different threats, the security system highlights the safety feature suitable for every organization. For example, for an e-commerce business, it helps protect internet-facing web apps. While for a hospital it helps to keep the confidential patients records safe. Features like these continue to grow. This is why Windows 10 is increasingly found to be suitable for a variety of businesses.

From the Windows 10 November 2017 update to the anniversary update, the creator’s update, and the fall creator’s update; we have seen changes that present a previously improved version. Microsoft is steadfast in making Windows 10 the finest OS and best for use by enterprise and businesses.