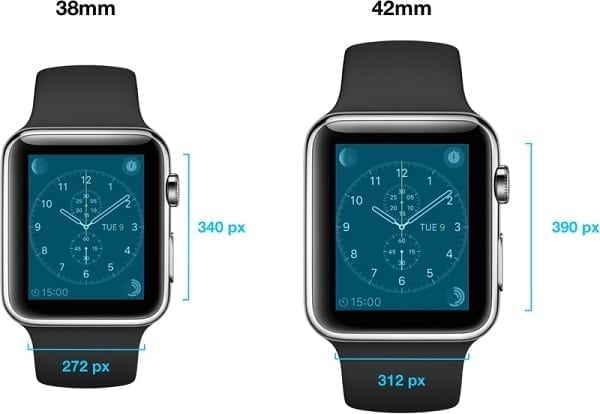 The Apple Watch has a long battery life, and by long I do mean long. The official website claims that the Watch can run for an uninterrupted 18-hour long interval after an overnight charge. To fully charge the Apple Watch, starting at zero percent of battery life, it will typically take 2.5 hours. Whereas to reach an 80% charge it will take the Apple Watch about 1.5 hours using the included MagSafe inductive charger.

So what can you do with a fully charged Apple Watch before it has to be recharged? And how long till the battery dies?

According to tests by the folks at Apple, the Watch will have an all day battery life when it is fully charged. Now, ‘all day’ means an 18-hour long use of the Apple Watch with ninety time-checks, five notifications per hour, 45-minute long use of apps and a 30-minute workout. The workout includes constant music playback through the Bluetooth on the Apple Watch for the duration of the workout. When paired with an iPhone the Watch can be used to hold a 3-hour long phone call in addition to 6.5 hours of music playback and a 7-hour long use of the heart rate sensor.

In case you are planning to use the watch only as a watch then after pairing it with your iPhone you can expect a 48-hour long usage with five time-checks per hour. However, make sure your time checks are not too long!

When your watch’s battery is critically low the Apple Watch will automatically switch the Power Reserve mode. This will ensure a 772-hourlong usage of the Watch with four time-checks per hour you provided that the Watch is not paired with an iPhone.

But these results are only based on a general surmise of how an average user will use the Watch and the results may vary according to the user’s usage habits.

The tests were concluded on a 38 mm Watch and it is reported that the 42 mm Watch will have a longer battery life than the 38 mm model. How much of a difference there will be between the battery and usage of both the watches has not been discussed. So it is clear that the 42 mm Apple Watch is better and if you hadn’t yet decided which version to go for this might be an important parameter to consider.