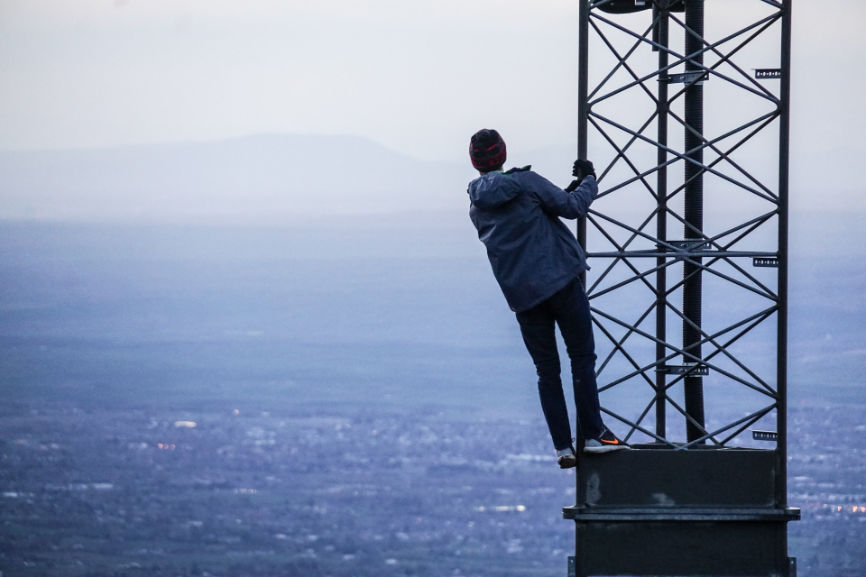 Photo by Jack Sloop on Unsplash

Fifth-generation (5G) wireless networks are now becoming a reality after years of anticipation—and a lot of hype. Because 5G allows people to recognize the benefits of a fully connected world, it may have a greater impact on lives than any other technological transition since the internet.

What are the reasons for this? Speed, low latency, and ubiquity are all advantages.

Mature 5G networks will use a dense infrastructure of shoebox-sized “towers” every few hundred feet to operate at greater frequencies and shorter ranges than 4G networks. This enables them to support billions of devices at speeds up to 20 times faster than 4G, with nearly no latency. The protocol is also superior for connecting small, battery-powered Internet of Things devices because 5G antennae consume less power.

Here are a few ways 5G might change the world.

Perhaps the most significant influence of 5G core network will be on industrial and commercial IoT. The way items flow from inventory through shipment and delivery is already being transformed by location beacons. By 2023, according to ABI Research, more than 500 million things will be tracked. To spot crop disease, determine when to water, and limit pesticide use, precision agriculture use soil sensors and airborne cameras. Connected robots are used in smart industries to automate hazardous and/or repetitive tasks.

Once hyper-fast wireless networks are in place, all of these changes will accelerate rapidly, with an estimated 125 billion IoT devices in use by 2030.

The Internet of Things (IoT) will be a major driver of what is being described as the “fourth industrial revolution.”

2. The Rise of Smart Cities

Two-thirds of U.S. towns have invested in smart city technology, according to the National League of Cities. San Diego, for example, adopted smart lighting systems that dim automatically when no one is in the vicinity, saving over $2 million in annual electricity expenditures. 36,000 streetlights in Pittsburgh are being replaced with LEDs that have sensors to monitor air quality. When sewer levels rise too high, sensors inside manhole covers in South Bend, Indiana, reroute water flow. San Francisco reported a 35% reduction in incidents when bullets were fired after installing gunshot-detecting microphones in high-crime areas.

Cities will be able to manage data from millions more IoT devices and deploy low-power sensors that will endure for years without needing to be replaced if they upgrade to 5G. This will improve their ability to proactively regulate traffic flow, air quality, energy consumption, public safety, and other factors. According to a 2017 Accenture Strategy research, cities could save $160 billion by deploying 5G networks to manage traffic and power.

According to Dr. David Teece, a professor at UC Berkeley’s Haas School of Business, “5G will open the door to important advancements in personalized, anywhere, anytime medicine.”

Telesurgery will be possible because of high-speed wireless networks, which will allow physicians in one hospital to manage equipment hundreds of miles away. It’s possible that day is closer than you realize. In January, a surgeon in China used a 5G connection to successfully remove a portion of a pig’s liver from 19 miles away.

Human mistake is responsible for roughly 95% of highway accidents, and removing humans from the driving seat might save up to 1.25 million lives.

However, in order for driverless cars to be totally autonomous, they will need to communicate with the automobiles surrounding them in order to avoid collisions and reduce traffic congestion. To navigate more safely, they’ll need to communicate with sensors buried in traffic signals, road signs, and the pavement. And they’ll need instant responses, which is where 5G networks with minimal latency come in.

5. The Opportunity for Property Owners

Aside from those mentioned previously, there is another use of 5G. The 5G network is expanding, requiring more cell towers to operate properly and efficiently. It may, however, be necessary to place cell towers on someone’s property to ensure everyone has good coverage. Homeowners can begin the cell tower lease negotiations and sign a contract with a wireless carrier that wants to install a cell tower. As a result, they get a one-time payment or a regular monthly income.

The future of 5G is bright, and the applications are nearly limitless.

5GbroadbandcellCommunicationsNetwork
Previous ArticleWhat Is A Primary Care Doctor?  Everything There Is to KnowNext ArticleHow to Detect Fraud Attempts on Your Payment Service