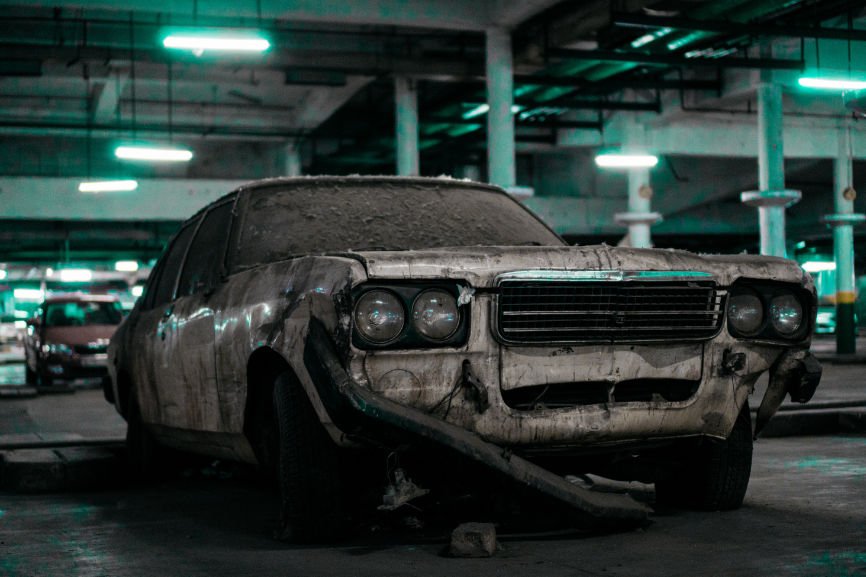 Photo by Prateek Katyal on Unsplash

If you really like your car (even if you don’t have enough money to maintain it) you should in any case find the opportunity to regularly repair the car in order to prolongate its ability to work. Unfortunately, used car owners don’t always understand this. Sooner or later problems in the car will show themselves off.

The car will begin to break regularly. However, many owners will continue to use the car, investing a lot of money for its repair. Moreover, they simply ignore the various signs of a malfunction and believe that the car can ride even with unresolved problems. In this article, we gathered four typical signs that your car becomes a junk

The dashboard has many alarm and warning icons. There are both ordinary information indicators and warning icons that indicate a malfunction in the car. The most serious icon on the dashboard is the Check Engine, which means your car’s engine failed. This means that it is undesirable to use the car. In this case, you should perform a special diagnostics immediately.

In any car, there are a number of important warning icons that can not be ignored if you don’t want huge problems with the car. Each icon means some kind of malfunction that needs to be fixed. Therefore, the more warning icons are displayed on the dashboard, the more problems your vehicle has.

You should pay attention to the oiling can icon, which means that the oil pressure has dropped in the engine. In this case, turn off the engine and call the tow truck to take your car to a car service. Otherwise, the engine of your car may fail. If your car is old you don’t want to invest a lot of money in engine repairs, you can sell your junk car for cash or for spare parts.

2. The engine uses too much oil

If you have noticed that the engine of your car uses too much oil, then most likely your car has a lot of wear and soon it may need a major repair. Moreover, if you have to constantly add oil to the engine between scheduled oil changes and the car always requires more, the problem is obvious.

Cars that are used in areas with high humidity and with large temperature differences are prone to rust. Firstly, thresholds, arches, hood, trunk, and car doors start to rust. Secondly, the bottom of the car is subject to rust as well. Unfortunately, it is extremely difficult to solve the problem of rust.

You can clean the damaged part of the body, apply putty, primer, and then paint the damaged place. However, this will solve the problem for a short time because rust will appear again. That’s why the only right resolution is to change the broken part.

If the doors, hood, and trunk can still be easily replaced with new ones, the supporting structures of the car are difficult, expensive, and sometimes impossible to replace. This means that if your car has many areas with corrosion, it’s time to get rid of it. Otherwise, body repair will cost you a significant amount of money.

If your car started to smoke like a heavy smoker, then most likely your engine has significant problems. For example, if the smoke from the tailpipe turns blue, it means that engine oil enters the engine cylinders. At the same time, you should also notice an increased oil consumption between scheduled oil changes.

Engine oil usually begins to enter the engine cylinders due to wear on the piston rings, damage to the pistons themselves, various defects in the valve guide bushings, or damage to the gaskets. You should understand that engine oil (falling into the combustion chamber) enters the exhaust pipe. As a result, it can cause the breakdown of the oxygen sensor and catalytic converter (that is quite expensive).

White smoke may indicate that coolant is entering the engine. This can be caused by the damage of the head gasket or when the head of the block cracks. In addition, old cars with black smoke from the exhaust pipe are quite common. This means that the engine is too rich in oxygen fuel-air mixture. Usually, an oxygen-rich fuel mixture indicates a problem with various sensors or a leak in the injectors.

Cars For Cash—Tips For Selling Your Car For Cash

CarsJunkMechanicsRepair
Previous Article6 Technologies That Should Be on Your Radar in 2020Next ArticleHow Do You Know It’s Time to Call in an Exterminator?