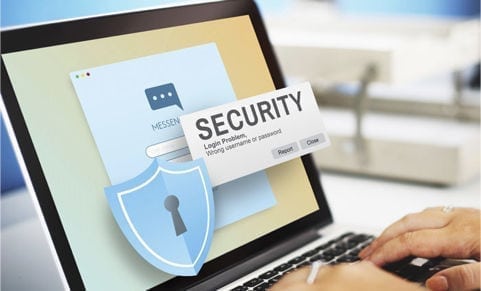 In almost every article we publish at Antivirus Insider, we repeat something: there is no absolute security or safety, as far as the digital world is concerned. Even the toughest security layers were proven to be broken when there were some well-determined hackers. Despite all this, we cannot take an ignorant attitude towards these dangerous challenges ahead. So, regardless the device, platform, and purpose, there are some computer security practices you must follow. And, we have listed the top 4 of such security practices here.

Most of them are general, while there are some platform-specific tips as well. If not perfect security, these tips will keep us away from common threats like hacking, unauthorized PC access, identity theft and malware infection.

When we say, “Don’t Miss Any Updates”, it’s not for the profit of software developers. On the other hand, by keeping all the software up to date, you reduce the risks of getting caught. By computer software, we mean a lot of things. First and foremost, make sure that you are running the latest version of Windows OS. If you’re running Windows, make sure you have installed all the updates. For that, of course, you should be running a genuine version of Microsoft Windows.

Next, comes the case of other software you have installed. Here, the scene gets even darker. Even the most minute loopholes in such software can cause big troubles. For instance, they may allow hackers to access PC resources and your stored data. In short, you should trust the developers when it comes to updates. Believe them when they say that there are some bug fixes in this update. In the long run, you can see the better line of safety ahead of you.

If it works, you should also enable Automated Updates for your software. You can easily get a utility to do this.

#2 Use an Antivirus Program and Anti-Malware Program

Ever found that antivirus and anti-malware are different things? Well, apparently, they are. As it turns out, you need dedicated protection suites against both viruses and malware. It’s because malware is not really limited to viruses. There are a lot of other things as well, such as Trojan, rootkits, ransomware etc. So, it is necessary to protect your computer from all these. So, the idea is to have two types of protection suites side by side. If you are already infected by computer virus, then there are more chances that virus made some changes to your computer. It is always recommended to fix all computer issues using any common issue fixing software. There are many good reviews about IObit Advanced SystemCare around the web. You can try that, basically, it is an alternative to CCleaner.

One of them should be a fully-fledged antivirus program, like Bitdefender Total Security or Norton Antivirus. This would give you better protection and control of the safety of your computer. On the other hand, you must also have an anti-malware suite like Malwarebytes Anti-Malware. This would take care of the other types of malware such as rootkits. This combination has been proven quite successful and should work with not many interruptions.

Things are much better if you’re running the latest version of the OS. Even then, you should manually disable a few things like Java and Flash. These were necessary to live in the world of web, a few years back. Now, we have better alternatives like HTML5. These alternatives are less buggy and more secure when compared. Due to this, hackers and scammers use Java and Flash platforms for stealing data from users. This is the biggest and most important reason to disable Flash and Java in your browsers. The steps are simple and won’t take more than a few seconds.

Similarly, you should remove the obsolete and unused extensions from your web browser. These extensions may be used by hackers to gain access to your computer. The idea is to keep extensions that you really trust and are from popular developers. In any other case, you should not think twice about removing this stuff from the PC or Mac. After all, why should you let them bog down your memory and put you in trouble?

Won’t you be a bit suspicious if someone is offering free stuff on the streets? Most people don’t do the same when it comes to software. They are just obsessed with pirated stuff because most people don’t like paying for digital products. This trend has been one of the reasons for security and privacy threats. So, the prominent computer security practice to follow right now is to avoid pirated apps and software as much as you can.

As the first step, you should get the genuine version of your OS — if you’re on Windows. Of course, this gives you some other benefits too, such as regular updates and best support for developers. You can’t claim these if you’re running a pirated OS. So, if not for the security threats waiting ahead, you have several reasons to avoid non-genuine software from your computer.

These four Security Practices should help you from most digital threats if accompanied by some common sense about the web world. For instance, there is no point with these practices if you still have 12345 as a major password. Similarly, there is no point if you are using the same guessable password for all your online accounts. It’s in these situations that you should be aware of the threats and take some wise steps. While an antivirus program would keep you away from most threats, you have to use your own senses at one point or another.

This article is contributed by Pravin Kumar. A Delhi, India based computer security enthusiast. He loves to play with various computer tweaks.

antivirusComputer SecurityFlashJavaMalware
Previous ArticleWhy The Big Fuss About Google Drive And Its Next Step?Next ArticleSome Hidden Gems In iOS11