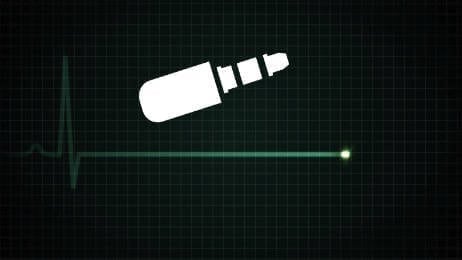 Death Of The 35mm Headphone Jack

The wireless headphone and earphone industry would never be the same without Apple and Beats. With the acquisition of Beats by Dre, Apple has basically taken over the audio industry. This was clearly shown at the September 7 event where Apple proudly showed off their new audio technology placed in the iPhone 7 and 7 Plus, the Apple Watch Series 2 and the new AirPods.

Apple took audio very seriously at their September 7 event. But was the removal of the 35mm headphone jack the right move for Apple? iPhone sales were on a decline for the first time the past couple months and things weren’t looking good for Apple. They have to be very reliant on iPhone 7 sales in order to reverse this trend.

Taking this controversial action can hurt Apple’s sales even more, and is also a bit ironic since even Beats still sells headphones with a 35mm headphone jack. At the event, Phill Schiller even said, “The reason to move on: courage. The courage to move on and do something new that betters all of us.” Considering that the headphone jack is something that has been used for over 100 years now, perhaps the time is right. The removal of the 35mm headphone jack wasn’t an easy move for Apple but it is a new start to the future of wireless devices.

Removal of ports in devices is not anything new to Apple. While many of these removals have been controversial, Apple has been successful in the past. For example, in the case of the 30-pin connector. They also have removed USB ports on the new 12-inch MacBooks and replaced them with one USB-C type port.

Whether Apple succeeds in trying to make the 35mm headphone jack obsolete is another story that we’ll just have to wait to hear.