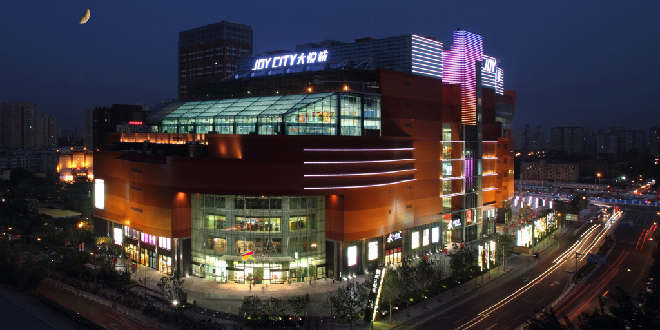 The 27th Chinese Apple Store is scheduled to open in China on November 28. The technology giant is making progress in achieving its goal of opening at least 40 apple retail stores in China by October 2016. Last year in an earnings call, Apple CEO Tim Cook stated that Apple was ‘investing like crazy’ in China. It seems by looking at recent moves made by Apple that the company is serious in its interest there.

The 27th Apple Store in China will be opening next Saturday in the Chaoyang Joy City shopping mall, at 101 Chaoyang North Road, Chaoyang District Beijing. This store will be the fifth Apple Store to open in the region. Apple announced the opening of the store on Sunday through its Chinese website. This news comes out only a day after the opening of a store in the Sichuan Province.

The new store will be only a satellite outlet that is going to help aid Apple in its infiltration of the Chinese market. The shop will most probably be like the Apple Store in China Central Mall which opened to customers earlier this year. There is going to be a Genius Bar as well as an area reserved for any hands-on workshops in the new store. Some classes have already been scheduled for Monday the 29th of November which include classes on iPad basics and Photo editing. The store will be operational between 10 a.m. to 10 p.m. daily.

This will be the seventh store Apple has opened in China this year. New Apple stores have been opened in Chongqing, Dalian, Hangzhou, Hong Kong, Nanjing and Tianjin

Apple has now managed to double the revenues it receives from China by investing in furiously opening new stores in the country. The country is solely responsible for $12.5 billion of Apple’s revenue for the last fiscal quarter of this year. This figure is up by 99%. As of now China is a larger market for Apple Products than Europe and will most probably also become a bigger market than America as well.

Apple is also trying to bring clean energy to China which has major issues with pollution. It has hence introduced a few programs that enable its suppliers to become carbon neutral.