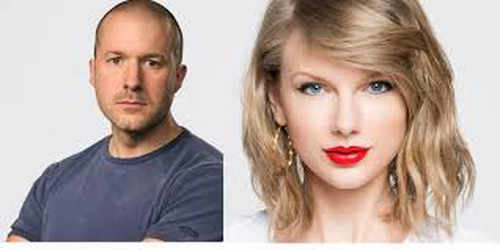 Next year’s annual fashion gala will be focused on the mixture of haute couture and items made by machines, according to Vogue. Apple’s design chief Mr Jony Ive will act as a co-chair along with Idris Elba and Taylor Swift. The theme is ‘Manus x Machina: Fashion in an Age of Technology’. For the uninitiated the Met Gala is an annual event held in New York to benefit the fund of the Metropolitan Museum of Art Costume Institute.

According to the article, the event will include almost 100 pieces which will include items made by hand side by side with those that have been made using machines and technology like laser-cutting, thermal shaping and circular knitting. The exhibition which is sponsored by Apple will also include public workshops that will talk about and discuss the usage of new technology in the fashion industry. which includes 3-D printing. This new found interest in technology was explained by the curator of the Custom Institute, Andrew Bolton, in the following words; “Traditionally, the distinction between the haute couture and prêt-à-porter was based on the handmade and the machine-made. But recently this distinction has become increasingly blurred as both disciplines have embraced the practices and techniques of the other.”

Apple has been seen to have taken a keen eye towards fashion recently after the announcement of the Apple Watch which offers a wide variety of chassis material, color and strap styles. It is safe to say that the Apple Watch is more a fashion accessory rather than an electronic device. Indeed in the face of the introduction of the ‘fall collection’ of the Sport Brand and Apple’s new partnership with Hermes  the company seems to be pushing more towards being accepted as a fashion powerhouse.

Interestingly even when the earliest Apple Watch Edition’s models were shared with celebrities, Apple gave a specially made solid gold link bracelet to the world famous designer Karl Lagerfeld who is also going to be an honorary chair on the Met Gala. Additionally Anna Wintou, Nicolas Ghesquiére and Miuccia Prade will also be honorary chairs.